The Internet Button is a product by Particle that combines their Photon WiFi dev board with a well designed adapter board containing several inputs (4x buttons and an accelerometer) and outputs (11 LEDs and a buzzer). It’s intended to be a good starting point for using the Photon, requiring no soldering to use. The 11 LEDs arranged in a ring and buzzer make it a good platform for a connected display project. 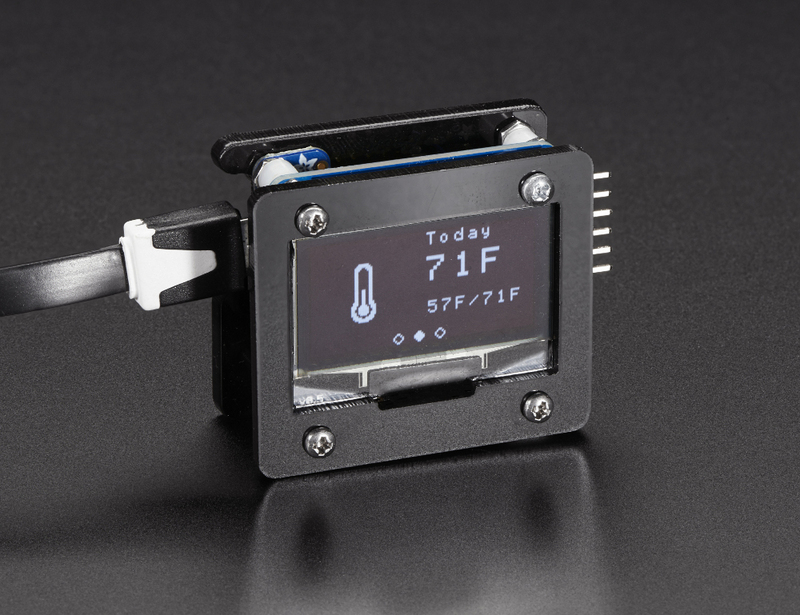 I came across a tutorial in the Adafruit Learning System about a WiFi-connected Weather Display that caught my eye. The tutorial shows how to use Huzzah - Adafruit’s breakout for the ESP8266 WiFi module - to display weather data on an OLED screen. The project is listed as an intermediate level project, because it requires a PHP script to be running on a separate computer or Raspberry Pi to translate data from a weather forecast API to a format the microcontroller can handle. 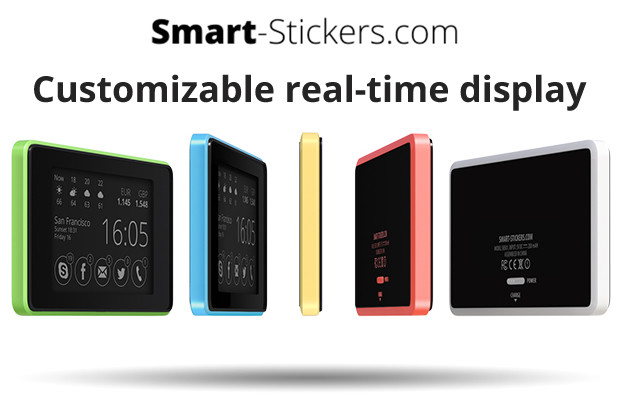 There’s an Indiegogo campaign running for Smart Stickers - low cost bluetooth connected E-ink displays. The product looks interesting, and I want this to become a real product, but I have some serious doubts about the campaign. 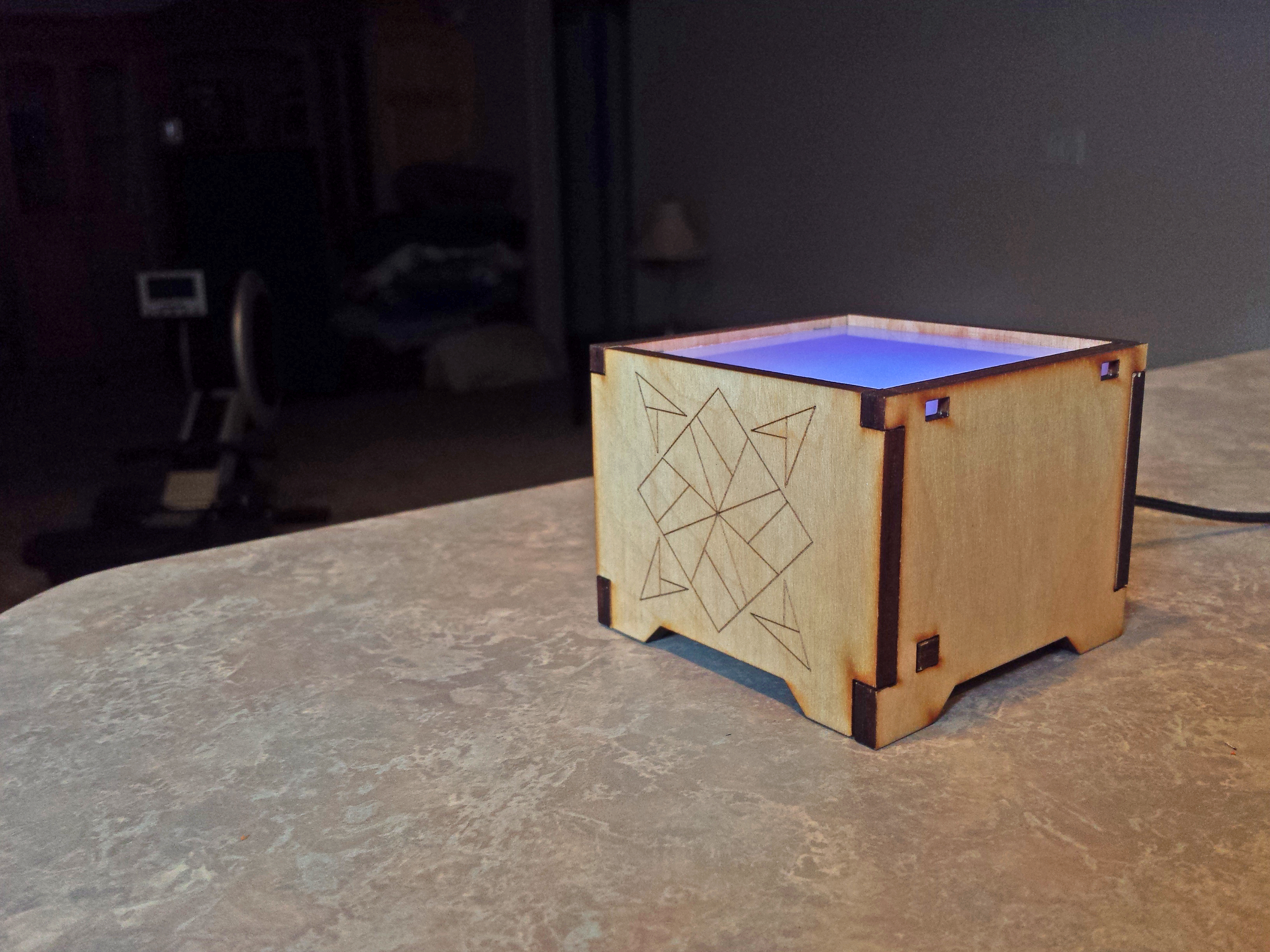 Connor Nishijima created an online service that monitors Twitter for people expressing their emotions, and is in the middle of a Kickstarter campaign to show that data on a WiFi connected display. The twitter data is analyzed by a server, and you can see it working on the MoodLighting Stats page. The display polls the server for new data every second, and lights up nine LEDs to display the current state of emotions. 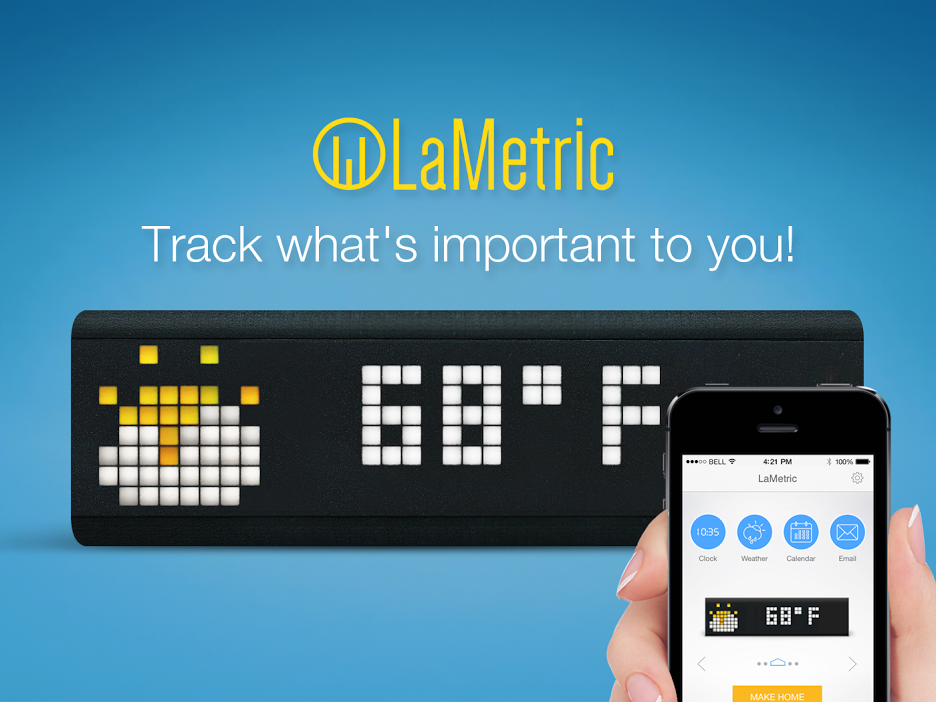 I was excited to learn about the LaMetric Time when it launched on Kickstarter in July 2014. I was lucky enough to be an early backer at the $119 price for a plug-in LaMetric (no battery), and I just opened it up and spent about an hour playing with it. LaMetric Time was interesting to me because of its pixelated LED display and potential for customization, displaying any data that’s available from the web.